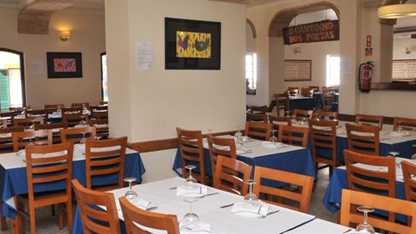 Guia is known as the "chicken capital", and is the first place where the spicy, chilli-based piri piri barbequed chicken was first served in 1964.

Ramires is one of the oldest and largest piri piri restaurants around - seating 300 people. The secret behind the meal is its simplicity. The chickens used are very small, and cook quickly.

The potatoes used for the accompanying French fries are fresh and hand-cut. And the tomatoes used in the salad accompaniment have real taste, as opposed to most of the greenhouse tomatoes found in Northern Europe. If you have not experienced chicken piri piri before, then Ramires, with its lively atmosphere is a great place to start.